Spanish Chicken with Chorizo and Potatoes 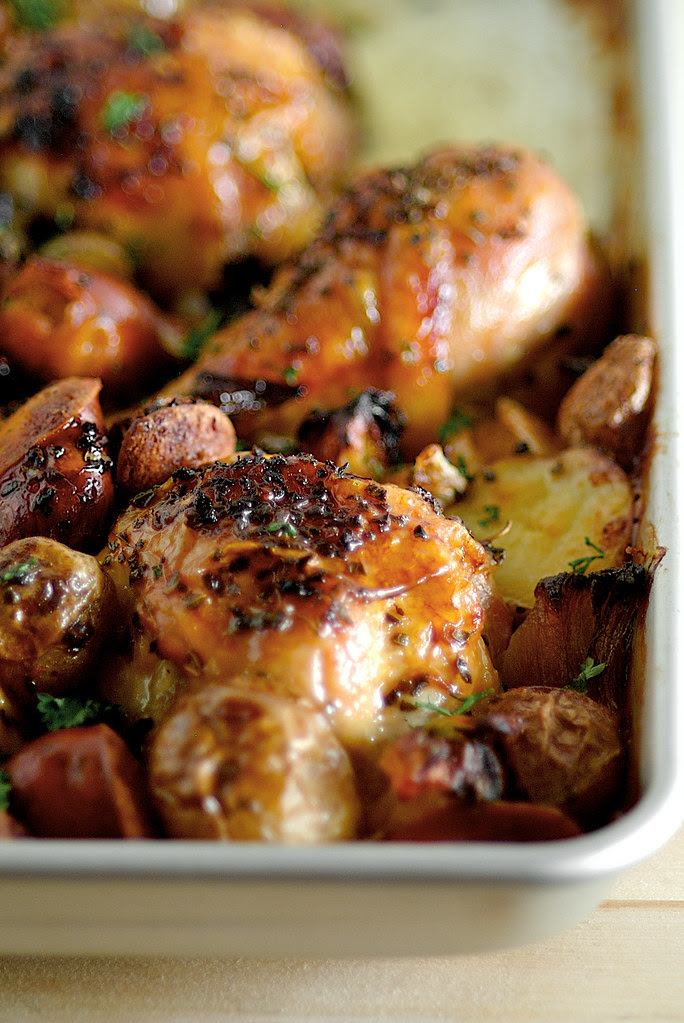 We've managed to both forget our fifth anniversary last Friday. I don't know if it's due to my working like mad before having to catch a delayed flight back from Shanghai late in the evening while Vijay was too comfortable with me leaving him a free man for almost two weeks. The nearly forsaken milestone was only remembered when Vijay examined the leather strap of his watch, then sparking up a recap of our various gifts to each other past birthdays, Christmases and yes, the day we got together. Putting aside our ailing memories - mine is not a surprise, Vijay forgot the exact date and had to check his diaries - we seized the day and celebrated with an all-American dinner, ending up with the love of my life asking if I could make him bacon topped cheesy fries and Buffalo wings with blue cheese dressing next. 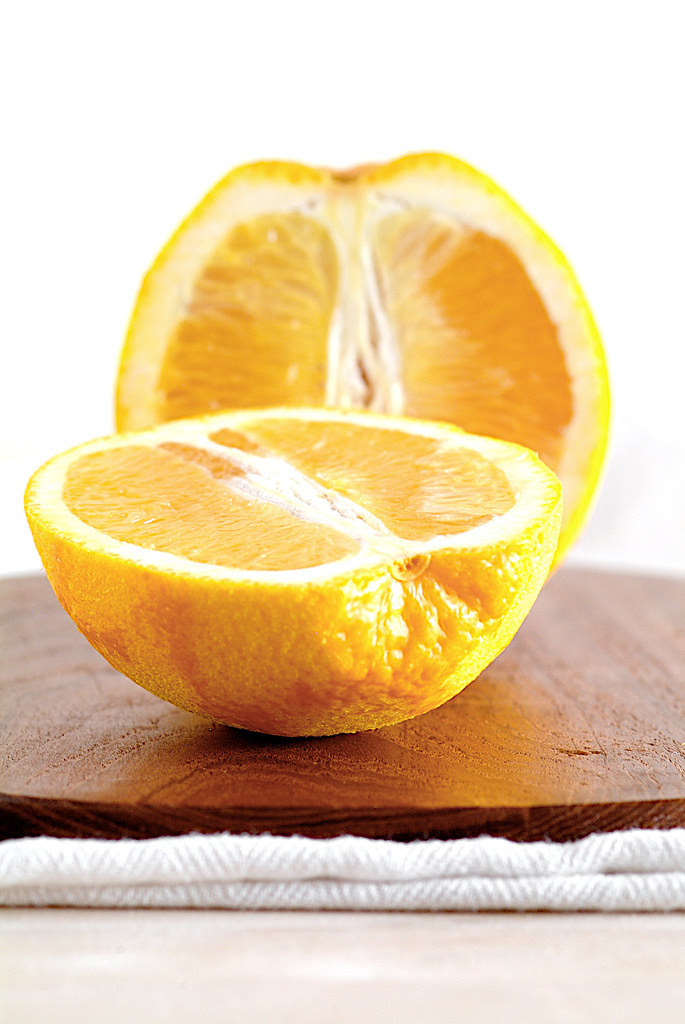 While the watch I gave to Vijay pretty much bound his wrist every single day since Christmas two years ago till its leather strap had started to require some attention, my Nigella Lawson cookbook from him with much love (and much more expectation, I reckoned) was largely neglected for the pass 6 months, like my other cookbooks. Like most friends I know, I draw inspiration on what to cook mostly from current events, my monthly chocolate withdrawal symptoms, who's coming to dinner, eating out, the weather or satisfying the cravings of others. Rarely I would be flipping through a cookbook going "... and what shall I make today?" More often it was "I have to make this now!" and the action following would be to score my favorite blogs, Google, dig up something from my mess of bookmarked recipes, call my mother, call Vijay's mother or Facebook/Twitter/SOS my chef-at-home friends. 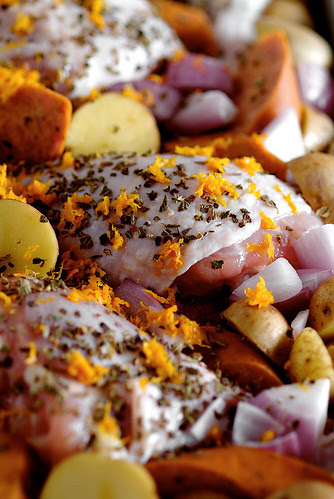 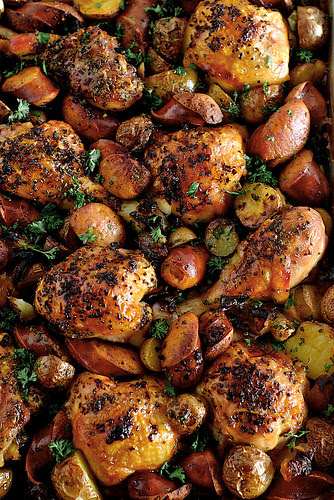 This Spanish chicken caught my interest as I was watching Nigella's Kitchen show one night and thought it was high time I do my Christmas present justice and do yet another roast chicken. Who complains about roast chicken? Especially one that really just involves throwing everything into the tray, no marinate, no cutting of various vegetables and no washing of a sink full of dishes. 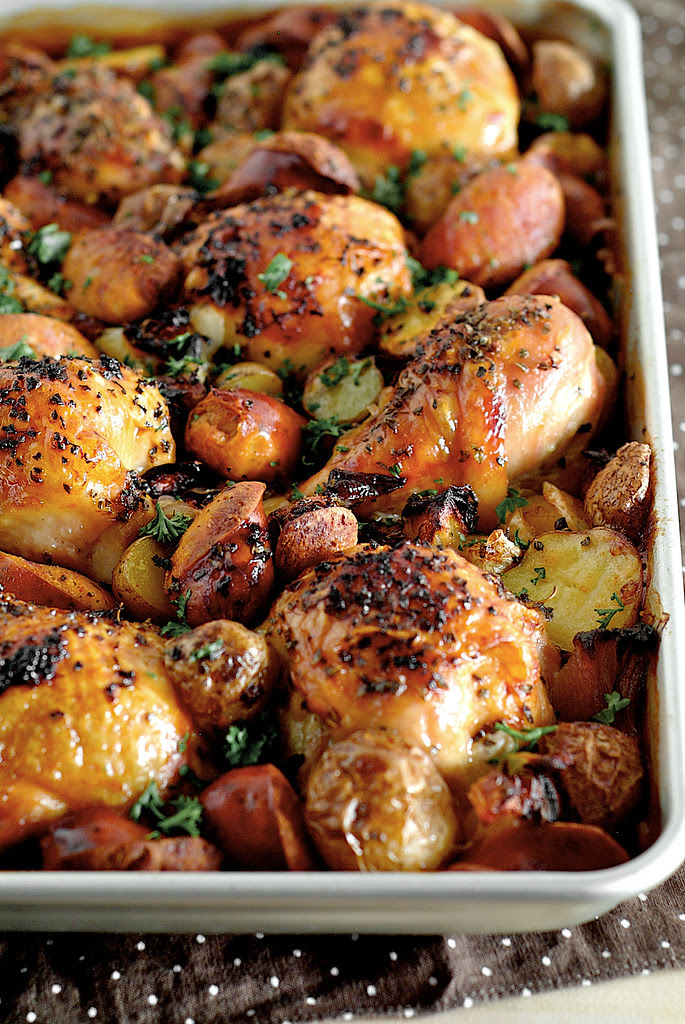 Sometimes even the most adventurous and willing cook need a break and would want to put lunch together by spending less than half an hour in the kitchen. This is where Nigella comes through for me, starting from this cake and this ridiculously good pasta, way back from her Nigella Bites show I religiously followed while under house arrest from a broken leg more than a year ago. I think I made that pasta while hopping on one leg with my crutches, it was that simple. (Apologies for those iPhone photos though, I didn't really have the intention to start a food blog then!) 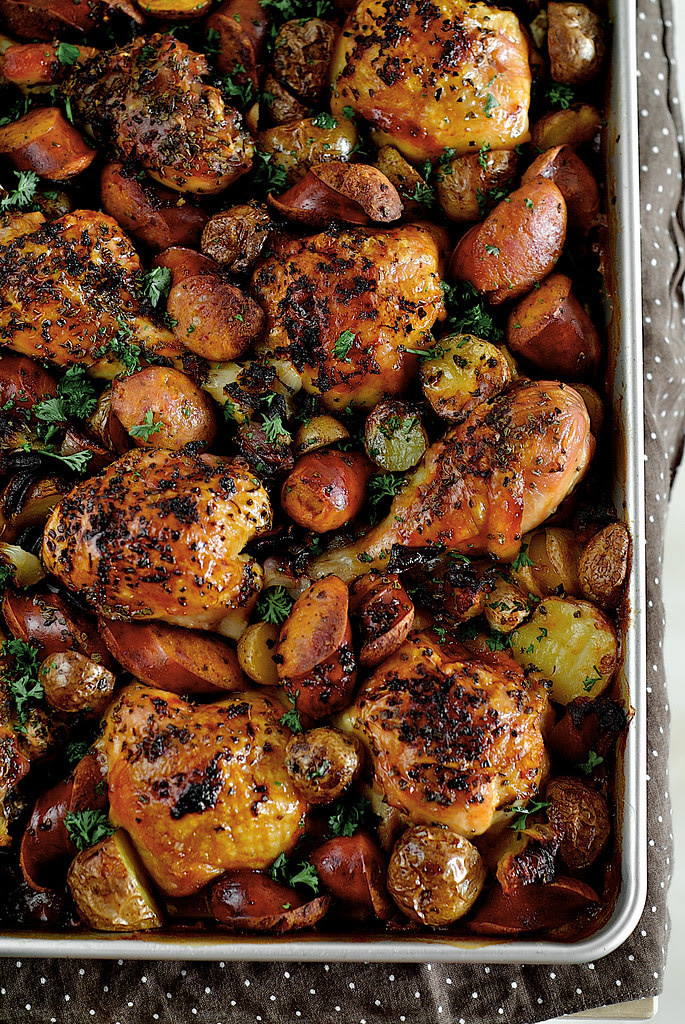 So hurrah for meals one could put together with one eye closed and taste superb to boot. Spicy chorizo sausages, citrusy zest of an orange and a bit of slightly bitter oregano (better dried than fresh, in this case), crammed together with effortless baby potatoes and some chopped onions, really, that is all. Leave the kitchen as the oven blazes (unless you happen to be in South Australia right now) and go drive your other half nuts with reminders of how he forgot your anniversary. An hour later, retrieve the golden orange sauced tray, grab a fork and dig in with him, because life is short and shouldn't be dwelled upon things which couldn't be helped. 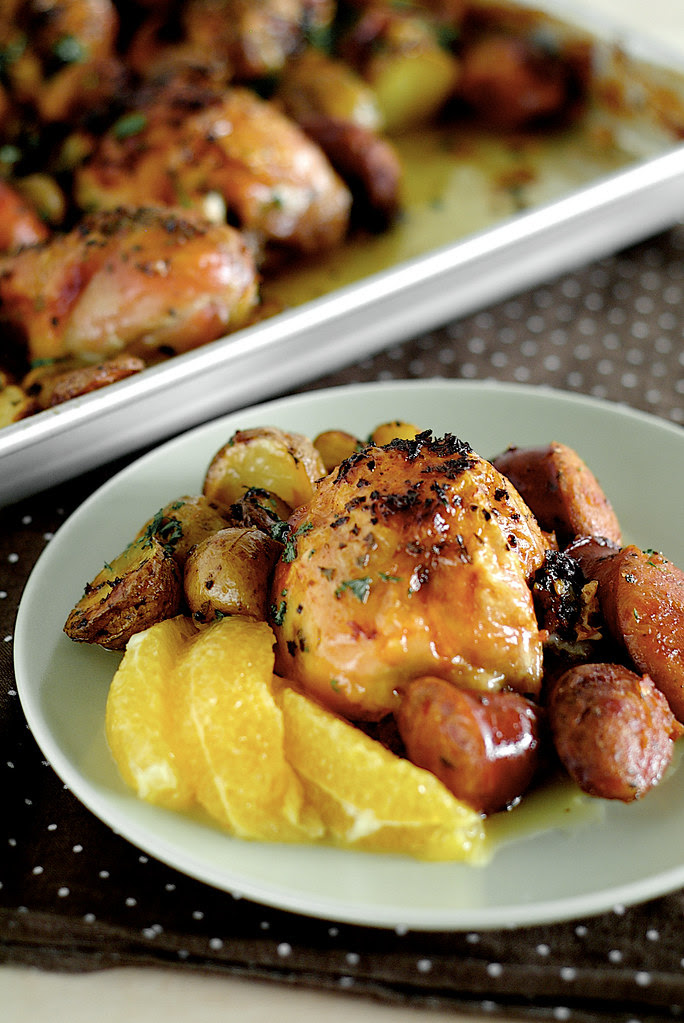 Have you cooked from a book recently? My latest shipment had just arrived. Hopefully I'll be able to make at least one thing from each of my growing collection, once I get them off the living room floor, that is.

Note: I added salt and used a little more oil than the recipe called for. I would add the zest of another orange the next time, finding the citrus flavor of just one orange slightly lost in all that chorizo. Refrain from using the juice as you want your chicken to roast, not braise. Recipes as simple as this will depend much on the quality of your ingredients so get the best quality of chorizo you can from your trusted butcher. Depending on the efficiency of your oven, the chicken may be done in less than an hour, since they're cut pieces - I'd check at the 45 or 50 minute point.

Halal options: I have been told by a trusted sources (one halal food dealer and the guys from Las Vacas) that it's possible to get halal chorizo from the cold cut section/deli of Cold Storage at Bangsar Shopping Center specifically. Failing that you can use any beef sausages and add some smoked paprika when seasoning the chicken.


Preheat the oven to 220°C/gas mark 7 and place 2 wire racks on the upper and lower thirds. Put the oil in the bottom of 2 shallow roasting tins (I used jelly roll baking trays), about 1 1/2 tablespoons in each. Rub the skin of the chicken in the oil, season with salt accordingly, then turn them skin-side up, 6 pieces in each tin. Divide the chorizo sausages and the new potatoes between the 2 tins.

Sprinkle the onion and the oregano over, then grate the orange zest over the arranged contents of the 2 tins. Cook for 30 minutes, then swap the top tray with the bottom tray in the oven and baste the contents with the orange-colored juices. Continue cooking for about 30 minutes or till chicken is done.